So about a year or so ago I had the pleasure of being able to buy a few drum heads from Joey Kramer’s collection. After I purchased them, I became obsessed with buying drum heads.

It occurred to me what a lost art form this in fact was.

When you think about it, it’s really one of the first forms of music marketing. A logo or design that sits on the bass drum acts like a billboard for the band. Something to recognize and identify with the band. Something that can also be used in printed materials, press releases, posters and merchandising.

You’d be hard pressed to find anyone, music fanatic or not that couldn’t identify The Beatles logo that sat on Ringo’s drum head.

The evolution of the art of the bass drum head dates back to the early days of the 20’s and 30’s jazz, and blues bands as well as college and high school marching bands. Clubs and organizations also emblazoned their names and designs on their marching drums to parade throughout the cities and towns they lived in.

Before the classic Beatles logo we all know, here’s a photo of Ringo with another kit. Check out the bass drum. 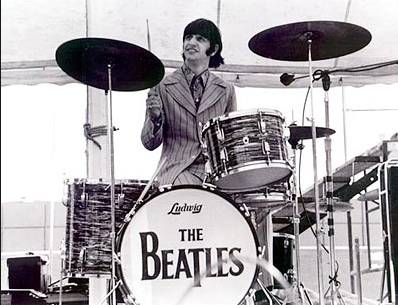 This was Ringo’s Premier kit used when he first joined The Beatles and at the end of his tenure with Rory Storm and the Hurricanes. 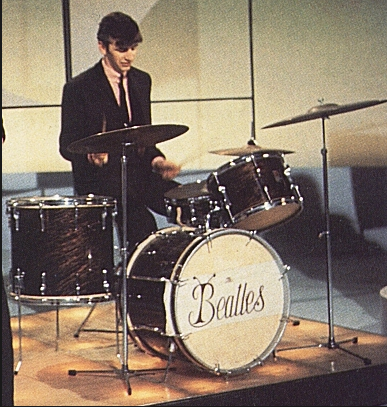 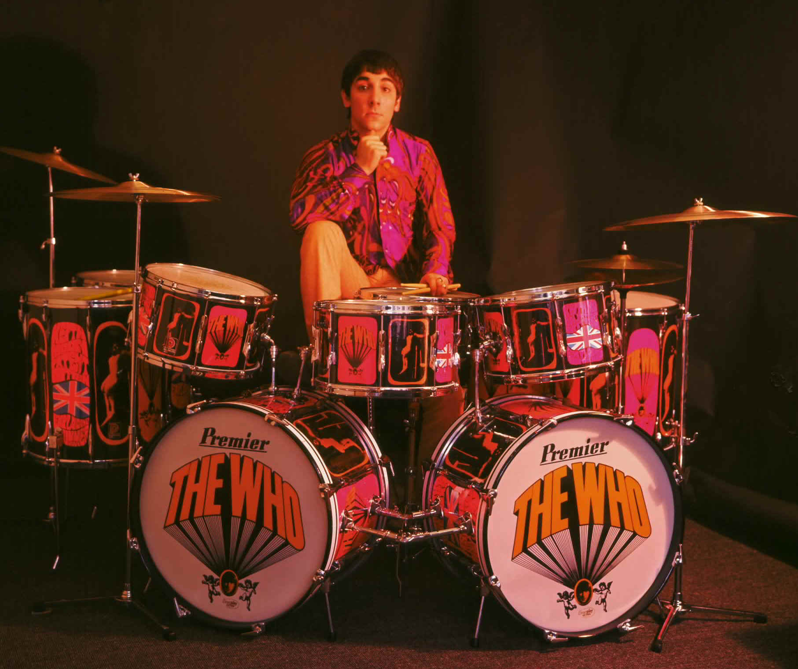 Above are perhaps some of the greatest drummers in the world of rock with their classic kits. Ginger, Keith and Bonzo.

All have their own distinctive drum kits and unique bass drum designs.

The drummers of the 80’s metal bands were clearly influenced by their drum heroes and decided like their music, would pushed the boundaries of drum design.

My “Use Your Illusion” Tour drum head signed by Matt Sorum is the ultimate in 80’s skull and death design. 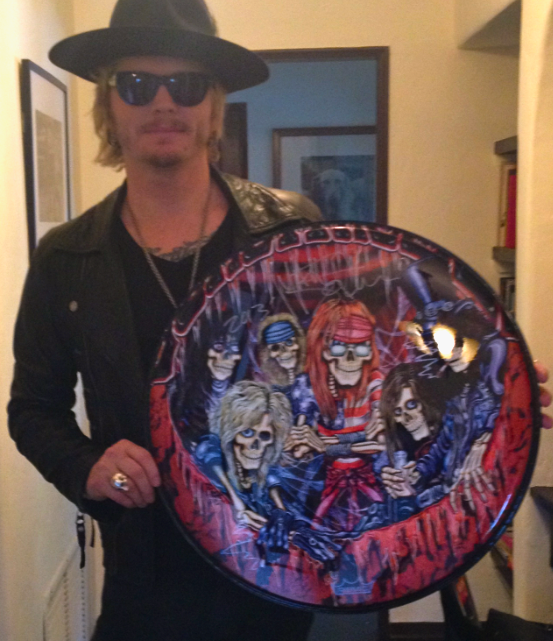 Here’s Matt with my latest purchase. A signed drum head from the last GNR tour.

Then again, sometimes a drum head doesn’t need a fancy design or logo. Sometimes just a nice sentiment does the trick. 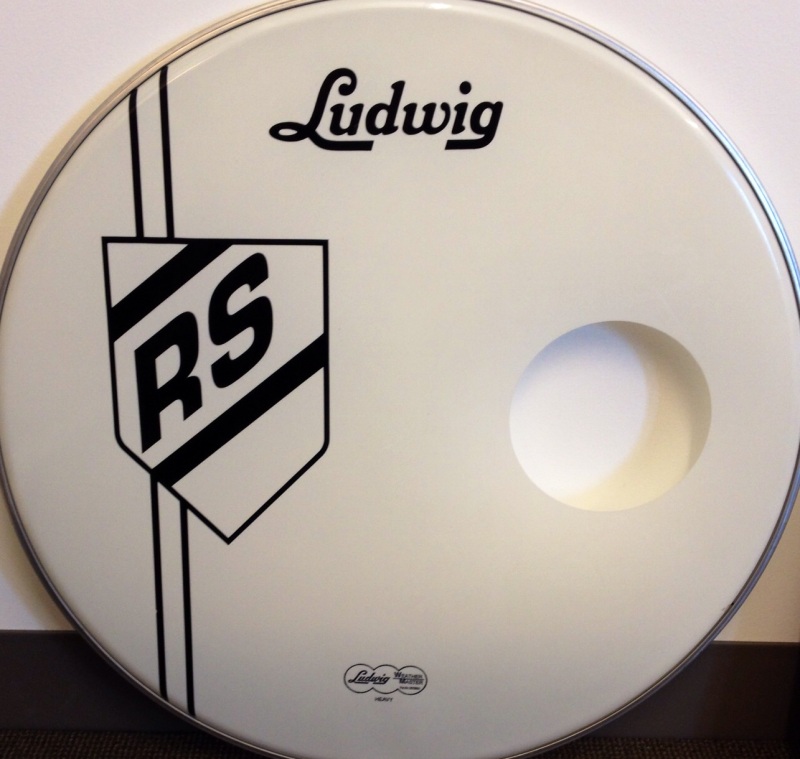 How about a great Ringo Starr All Star Band drum head? 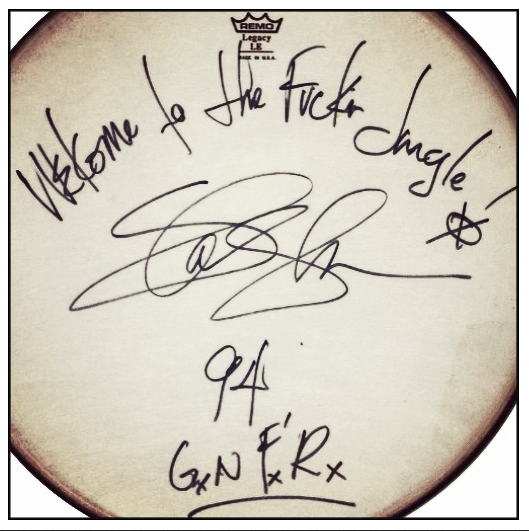 Here’s a bunch I photographed on my trip to the Rock And Roll Hall Of Fame. 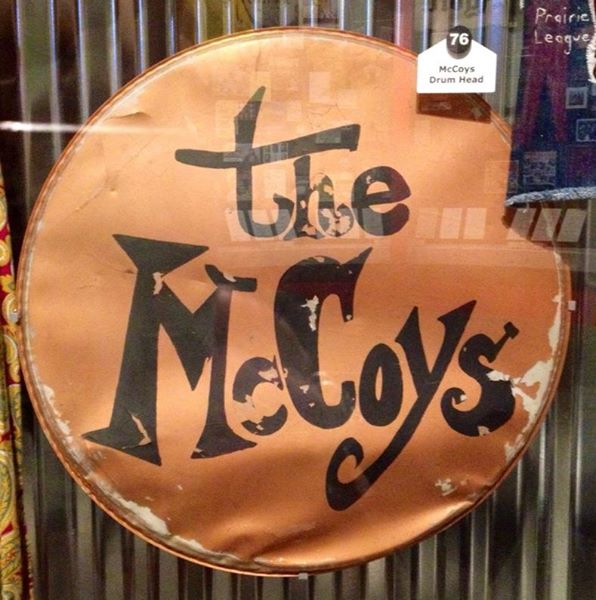 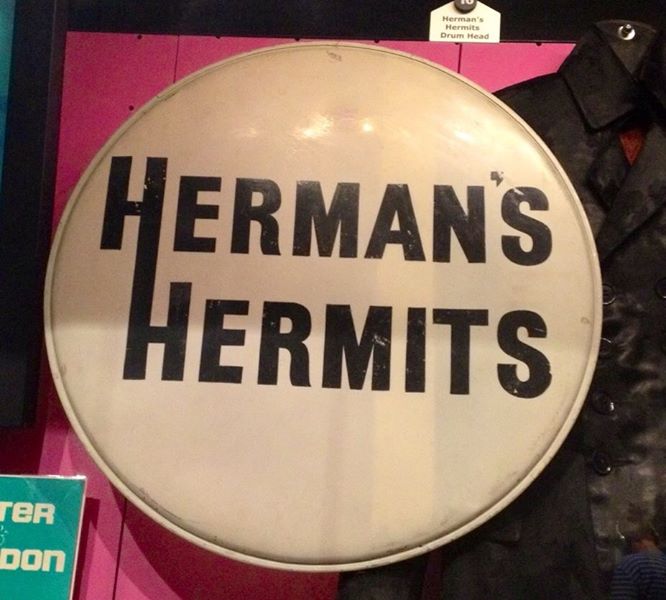 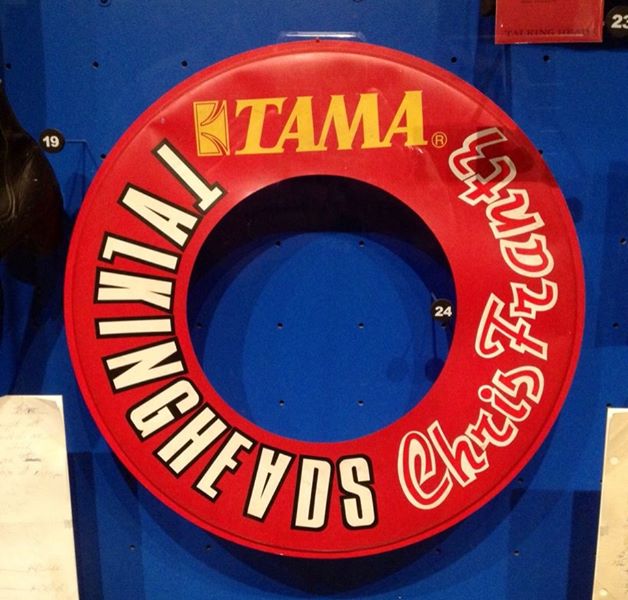